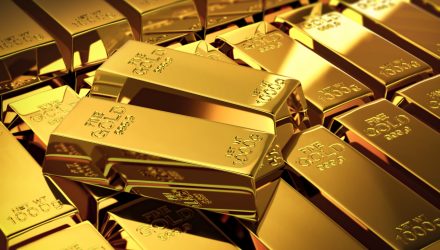 The strengthening U.S. economy is translating to a stronger dollar, which is often a problem for gold. Gold, like other commodities, is denominated in dollars, meaning it has an inverse relationship to the U.S. currency. August was the third consecutive month of declines for holdings at global gold ETFs.

“Holdings of gold by global exchange-traded funds and similar products fell by 40 tonnes during August, the World Gold Council reported Thursday,” according to Kitco News. “Holdings now stand at 2,353 tonnes after three straight months of declines. The drop was also coupled with softer gold prices and assets under management fell by 3%. For the year to date, ETF holdings are now down by 18.5 tonnes.”

“Gold ETFs based in North America posted outflows of 44 tonnes. Those in Europe grew by four tonnes, while Asian ETFs added two tonnes. Other regions posted a reduction of two tonnes,” reports Kitco.

Related: Gold Was the Most Hated ETF Play of August