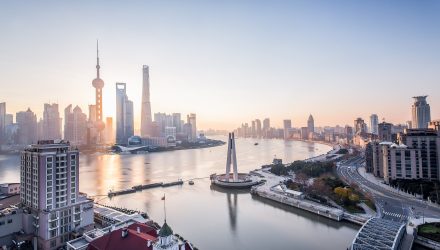 Asia ETFs to Capitalize on The Improving Growth Outlook

Growth expectations among Asian countries are on the rise. Investors can also tap into this segment of the global market though broad region-specific ETFs.

Growth in China and India leads the Asia Pacific region, and while Japan’s growth trails the rest, the developed Asian country’s outlook has improved significantly over the last few IMF forecast publications.

In April 2016, the IMF’s World Economic Outlook for 2017 GDP growth showed a 0.1% contraction, but in its latest forecast, the IMF now projects a 1.5% expansion, which would match Japan’s best annual economic performance since 2013.

Supporting Japan’s improved outlook, domestic and global demand is on the rise. The Japanese economy is being supported by stimulus from both fiscal and monetary policies as represented by two pillars of the so-called Abenomics, or economic policy of Japan’s Prime Minister Shinzo Abe.

China is expected to produce higher-than-expected growth, with its economy expanding at an accelerated 6.8% in 2017 from 6.7% in 2016, compared to the IMF’s predicted 6.2% back in its April 2016 WEO outlook. Fueling the recent growth spurt, an expansionary government policy mix has helped the economy.

While India’s outlook has been downwardly revised, India’s economy is still expected to expand a robust 6.7% ahead. The IMF also remains confident that India’s ongoing structural reforms will have positive economic impacts in the medium term, with growth projected at 7.4% in 2018 and above 8% further out.