You are at:Home»Investing»Asia Bonds Mirroring U.S. Bonds Could Lead to Global Bond Crisis 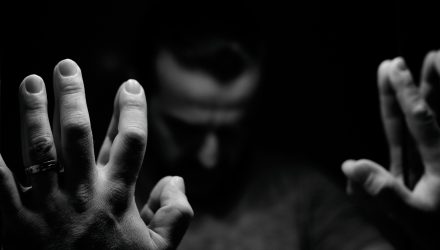 Asia bonds appear to be mirroring the U.S. bond market with respect to concerns surrounding BBB-rated debt falling into high-yield territory, which could trigger a global bond crisis.

When risk-on sentiment was at a peak during the thick of the extended bull market, risky less-than-investment-grade bonds were in vogue with their attractive yields, particularly in a rising rate environment, but BBB bonds that are on the cusp of high yield status could be facing a liquidity crisis, according to a recent CNBC report.

As the latest bouts of volatility have been racking the stock markets, it has also affected the bond markets, particularly liquidity–the ability purchase and sell an asset within a reasonable amount of time. BBB bond markets are especially susceptible because institutional investors, who carry war chests full of capital that aid in liquidity, aren’t able to invest in these bonds if they become high yield or “junk” issues.

BBB bonds comprise almost 50% of the $5.8 trillion investment-grade bond market and a lack of liquidity could leave BBB bond investors holding the debt as it toes the line between investment grade and junk bond status–the worry, of course, being that it may eventually fall into the category of the latter.

“There’s a lot of worry about the BBB-rated world,” said Jason Shoup, head of global credit strategy at institutional asset manager Legal & General Investment Management America.. “It’s not an issue today, but in a recession, it’s possible that between $500 billion and $1 trillion in BBB-rated bonds could slide into the high-yield market.”

Now, it appears that Asia is facing the same problem with investment-grade corporate debt down 1%, according to an article in the Wall Street Journal. Like the U.S., BBB bonds make up a good portion of investment-grade debt in Asia–44%–and they, too, are on the verge of a falling into high-yield or “junk” status.
A number of investors are worried that Moody’s Investors Service will take these Asia BBB bonds and knock them down a notch lower–the downgrade, of course, putting a majority of them into the less-than-investment-grade category.
“People are worried about the potential turbulence” said Anne Zhang, an executive director in the fixed-income team at J.P. Morgan Private Bank in Hong Kong. “We have been telling investors to up the credit quality.”