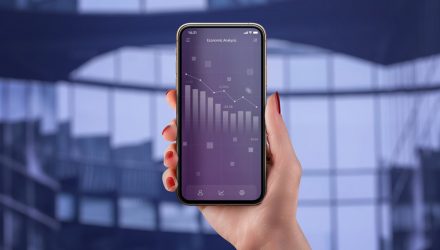 Global net investor inflows into ETFs hit $834.2 billion over the first eight months of 2021, which already surpassed 2020’s total of $762.8 billion, the Financial Times reports. Assets held in global ETFs have surged to $9.7 trillion, or more than double the $4.8 trillion managed in funds and products at the end of 2018, according to ETFGI data.

This ongoing growth has come as more investors become disillusioned with traditional actively managed mutual funds that come with higher costs on top of underperforming benchmarks.

“Many actively managed funds failed to keep up with common benchmarks in the global financial crisis, in part because of their high fees,” Todd Rosenbluth, head of ETF and mutual fund research at CFRA, told the Financial Times, adding that a shift to fee-based adviser models and away from introduction commissions also fueled ETF adoption.

While the ETF universe continues to expand, the active U.S. equity mutual fund space has suffered net outflows in 12 of the past 13 years with cumulative outflows of $2.8 trillion since 2008, according to Investment Company Institute data.

“The shift by investors from actively managed funds into ETFs which began in the US has been spreading into every corner of financial markets since the end of the 2007/08 global financial crisis. Active managers know that competition from ETFs is intensifying everywhere and they have to respond,” Deborah Fuhr, the founder of ETFGI, told the Financial Times.

Money managers aren’t taking the beating lying down. Since they can’t beat ETFs, traditional money managers are joining the game. Capital Group, which oversees $2.6 trillion in assets, recently announced its intentions to launch six actively managed ETFs by the end of March. Tim Armour, Capital’s chief executive, argued that there was “no reason” why ETFs could not become a $500 billion business for the firm.

“There are many financial advisers who do not or cannot access [Capital’s actively managed] American Funds because they prefer the ETF vehicle for their clients,” Armour said.

Federated Hermes, which covers $646 billion in asset under management, has also applied for regulatory approval for two actively managed fixed-income ETFs, which it intends to launch in November.

Meanwhile, JPMorgan wants to convert four mutual funds with combined assets of over $10 billion into active-transparent ETFs early next year as well.

“The decision by two of the largest US asset managers — Capital and Federated — to move into active ETFs will provide more encouragement for other smaller players to follow their example,” Fuhr added.