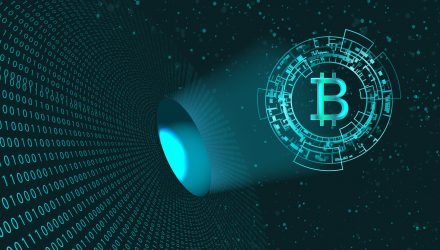 Leading digital currency Bitcoin dropped 9 percent within the last 24 hours, falling under $4,000, but it could get a much-needed boost as Bitwise Asset Management, a leading provider of cryptoasset index and beta funds, announced on Thursday that it filed an initial registration statement on Form S-1 with the U.S. Securities and Exchange Commission (SEC) to bring a physically held bitcoin exchange-traded fund (ETF) to the capital markets.

The regulatory hurdle for a Bitcoin ETF continues in 2019 as the SEC is delaying its decision on other cryptocurrency fund offerings. However, Bitwise’s entry further signals to the obstinate SEC that investors are demanding the product.

Furthermore, the proposed ETF differs from previously filed proposed bitcoin ETFs in that it will rely on regulated third party custodians to hold its physical bitcoin, and in that the index draws prices from a large number of cryptocurrency exchanges, representing the majority of currently verifiable bitcoin trading.

The proposed ETF would track the Bitwise Bitcoin Total Return Index, produced by Bitwise Index Services, LLC, which seeks to capture the full value of an investment in bitcoin, inclusive of meaningful hard forks.

The proposed listing exchange, NYSE Arca, will file an application to list shares of the Bitwise Bitcoin ETF under a ticker symbol that will be determined at a later date. Bitwise expects the NYSE to file a so-called “Rule 19b-4″ request with the SEC in the coming days requesting necessary NYSE rule changes in order to allow its application to be approved and the ETF to list once the registration statement is declared effective by the SEC.

“While there can be no assurance that the 19b-4 application will be granted or the SEC will review and ultimately accelerate the registration statement, we are optimistic that 2019 should be the year that a bitcoin ETF launches,” said John Hyland, Global Head of Exchange-Traded Funds for Bitwise.

“The SEC has asked thoughtful and relevant questions about the quality of the crypto trading ecosystem, the reliability of crypto pricing, the strength of the arbitrage function in crypto and the robustness of crypto custody,” said Matt Hougan, Global Head of Research, who oversees Bitwise’s indexing efforts. “We have spent the past year researching these questions and look forward to discussing those findings with the SEC staff in connection with the filing and listing application.”