You are at:Home»Equity ETFs»Argentina ETFs Gain Momentum After Loan Approval 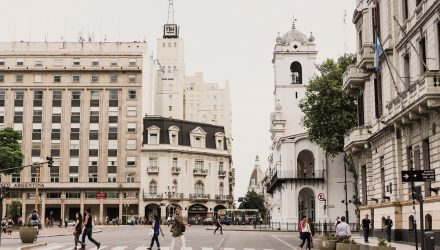 The additional aid packages come a week after the International Monetary Fund raised a loan it had granted to Argentina in June to $56.3 billion.

However, growth may remain muted ahead as the Argentine government tightens its belt to get on the good side of the international institutions. For example, the IMF has required the government to make deeper spending cuts and increase taxes to bring its primary fiscal deficit, which is expected to hit 2.7% of GDP for 2018, to zero next year, Forbes reports.

Argentina has witnessed its peso currency experience a sharp depreciation amid double-digit inflation, with the currency losing more than half of its value against the dollar this year.