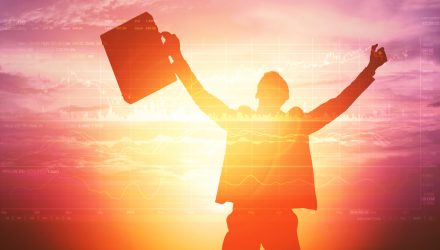 Are You Feeling Clever, Lucky or Boring?

There’s lots of talk today about how this market is like the 2008 global financial crisis, or how it’s reminding people of 1987. To me, however, this feels much more like the sickening decline of early 2000.

What’s that you say? The dotcom bubble was its own unique snowflake, one in which foolhardy venture-cap fueled endeavors were repriced back to rational levels? Sure, I get that.  I understand the mechanics and the math of these historic drawdowns.  But that’s not the same as how something feels.

Feelings, I hear you say, have no place in market analysis.  Bullpucky. Emotions have everything to do with market analysis.  Anyone who’s ever pricked up their ears at a round number milestone or even drawn a “support” line on a troubling chart is looking at the market the lens behavior, not math. One of the greatest lessons I ever learned in investing came from professor Zvi Bodie at Boston University.  The discussion had grown heated in our investments class, as two students argued about technical analysis.

“This is just voodoo,” argued one student. “There’s absolutely no reason, logically, for a stock falling below some magical support line to fall further.”

“But it works!” argued his opponent.

“You’re both right,” concluded Professor Bodie. “Technical trading has no basis in the fundamental valuations of securities.  But if a huge group of irrational actors all believe and act on technical signals, then the math doesn’t matter. Psychology does.”

In 1987 and 2008, there were significant structural issues that needed to be worked out of the global markets. In hindsight, it’s relatively easy to tease apart things that “broke” in the system, and those breakages hurt.  In 2000, however, we had no such catalyst inside the system.  In one year, we went from 17 dotcom companies advertising in the Super Bowl to almost none.  Why?

Psychology.  The market, this organism of risk and reward, simply re-calibrated what different kinds of companies were worth based on a little cold water being thrown in the face of a few issues like Pets.com.  In a mental reset, I’d argue, the old models for what things are “worth” have to be taken with a large grain of salt.  Is Wells Fargo stock a screaming buy just because it’s dividend yield is now north of 5%?  Or has the market’s appetite for financials simply changed?  Is Sub-$30 oil the tax cut for consumers we’ll inevitably be told it is? Or is the psychology around energy consumption and production fundamentally changed?

In a few hours, I’ll be on CNBC.  My fellow panelists and I will be asked about credit and oil and safety-plays. I’ll give my honest opinions in the moment, but the reality is you should probably ignore me, and my panelists, and just about everyone else because we’re in a psychological repricing of risk, at a time when the risks are far more unknown than known.

The question then is not what I think, but what the market, as an organism, thinks.  And the only way to know that is to see it in action, ex-post, not ex-ante.  Anyone who tells you they’ve got it totally figured out is selling you snake-oil silver-based corona-virus elixirs. To be sure, in a few weeks’, the airwaves will be full of folks who flipped the coin perfectly and called tops and bottoms. They’ll write books, and make some money, and hey, good on them.  I begrudge nobody their success in times of chaos.

That makes today not a time for “doing,” but a time for “learning.” There’s never been a more critical time to know precisely what you own and why you decided to own it in the first place.  I learned this lesson personally last night, as my wife sat on the couch and reviewed our finances.  I had, quite literally, forgotten about a 529 plan account my wife had set up for one of our children 16 years ago.  She pulled up the account to see how the past few weeks had hit it, and the answer was “not bad.”

“I put it in a target-date fund 16 years ago that comes due in 2 years, and I haven’t looked at it since,” she said. “So, I guess we were 65% treasuries going into the year.”

Sometimes, it turns out, it’s better to be boring than either clever or lucky.