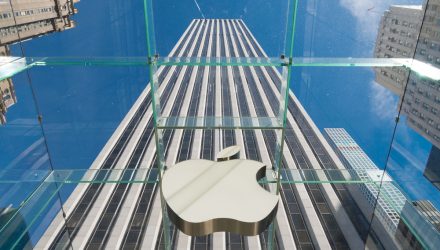 Apple-Epic Ruling Is a Win for Video Game ETFs

“The Court does not find that Apple is an antitrust monopolist in the submarket for mobile gaming transactions,” the judge wrote, according to the Wall Street Journal. “However, it does find that Apple’s conduct in enforcing anti-steering restrictions is anticompetitive.”

Epic, the maker of “Fortnite,” initially brought the lawsuit, arguing that Apple was improperly taking advantage of monopoly power and harming competition.

The ruling is favorable for gaming companies that have shifted their focus to mobile projects in recent years. For example, EA now makes some of the biggest smartphone games, such as those based on the Simpsons and Star Wars brands, and it acquired Glu Mobile, which makes a Kim Kardashian-inspired game, for $2 billion.

The case tested Steve Jobs’s vision of the iPhone as a curated device that operated a programs environment within a walled garden of Apple-approved hardware and software.

“If Apple loses, every tech company that operates a walled-garden model will be assessing whether they can unilaterally control the ecosystems they have created,” Paul Swanson, a Denver-based antitrust lawyer at Holland & Hart LLP, told the WSJ before the ruling was released. “Conversely, a win for Apple will ease tech companies’ concern that they may have to open up their systems for freer use.”