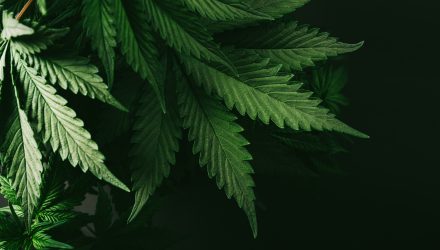 Another Marijuana ETF is in The Works

Spinnaker Trust, which made its debut in the exchange traded funds space last year with two actively managed products, has filed plans with the Securities and Exchange Commission for a new marijuana ETF.

“The Fund will invest at least 80% of its total assets in the component securities of the Index (the “80% Policy). The Fund uses a ‘passive’ or indexing approach to try to achieve its investment objective. Unlike many investment companies, the Fund does not try to ‘beat’ the Index and does not seek temporary defensive positions when markets decline or appear overvalued,” according to the SEC filing.

Currently, the  ETFMG Alternative Harvest ETF (NYSEArca: MJ) is the only dedicated marijuana ETF listed in the U.S. As highlighted by MJ, marijuana ETFs still face regulatory hurdles because the drug is still illegal at the federal level.

Earlier this year, U.S. Bancorp. replaced as MJ’s custodian, administrator and transfer agent. In performing those duties for MJ, U.S. Bancorp held shares of publicly traded cannabis companies, which presented some risks to the bank because marijuana is not legal at the federal level.