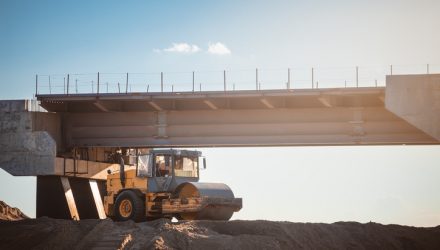 President Trump is making his ambitious infrastructure effort a centerpiece of his 2018 agenda. That theme could benefit some exchange traded funds, including the Global X U.S. Infrastructure Development ETF (Cboe: PAVE).

PAVE “has posted a strong performance and attracted four consecutive weeks of inflows since the middle of December, its best-ever run. Its assets have grown 18 percent to $35 million in just the first few trading days of the year,” reports Bloomberg.