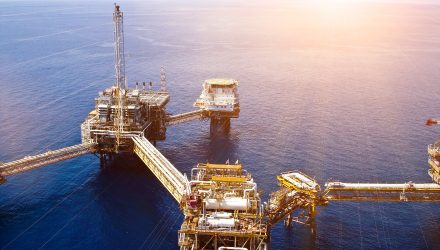 An Exciting Idea for Trading the Energy Sector

As crude oil prices have broken out, with West Texas Intermediate crude oil futures hovering above $70 per barrel for the first time since late 2014, oil and gas exploration and production companies have been leading the charge, which does not come as a surprise as this segment was among the worst off during the selling when oil prices plunged. Exploration and production companies were among the worst hit due to their close ties to the upstart hydraulic fracturing or fracking industry that has developed alongside advancements in the shale oil industry.

“And while GUSH’s gain of 12.8% last week wasn’t its biggest of the calendar year (that title goes to the 24.4% pop during the week ended April 13), this latest push higher was remarkable for different reasons,” reports Schaeffer’s Investment Research. “For starters, on Wednesday, May 9, GUSH gapped above its January closing high of $36.80. The fund then found intraday support in this area during the next two sessions, and went on to ultimately close the week above this former year-to-date high (despite a down day on Friday).”

For its part, GUSH is up nearly 37% this month and almost 15% over the past week. The triple-leveraged ETF resides more than 54% above its 200-day moving average.

“GUSH also spent the final two days of last week hovering conspicuously below Wednesday’s freshly set 52-week high of $39.26, which arrived within a penny of the previous April 5, 2017 high-water mark of $39.25,” according to Schaeffer’s.