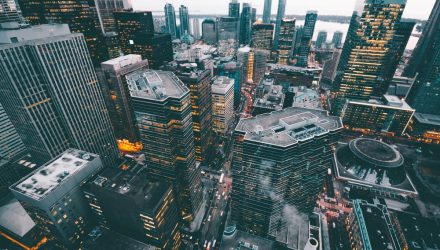 An ETF to Invest in Large-Cap Growth Strategy

The CFRA Focus ETF for October is iShares S&P 500 Growth (IVW), which earns our top ranking of Overweight. To rank more than 1,000 equity ETFs, CFRA combines holdings-level analysis with relative ETF attributes. IVW is viewed favorably for the attractiveness of the stocks inside as well as for its costs and recent trading pattern.

The November-April period that begins shortly has been a favorable one for growth-oriented strategies. According to Sam Stovall, chief investment strategist for CFRA, the S&P 500 Growth index rose on average 6.7% in the period dating back to 1990, ahead of the 2.5% gain for the benchmark in the May-October period.

The S&P 500 Growth index benefits in part we think from its relatively high exposure to cyclical sectors that also performed the best during this seasonal six-month period. Relative to the broader S&P 500, IVW recently contained more exposure to information technology (34% vs. 22%), and consumer discretionary (16% vs. 12%). Meanwhile, IVW had less exposure to energy (2% vs. 6%) and financials (3% vs. 13%).

However, in the three-year period ended June 2017, just 25% of actively managed large-cap growth mutual funds in the S&P Dow Jones Index Versus Active Scorecard (SPIVA) outperformed the S&P 500 Growth index. On an equal-weighted basis, the 9.25% average gain among these 266 mutual funds lagged the index by 178 basis points. We contend that some of the underperformance resulted from the high expense ratios for active management, as the average large-cap growth fund charges 1.1%. Yet, poor sector/stock selections also play a part.