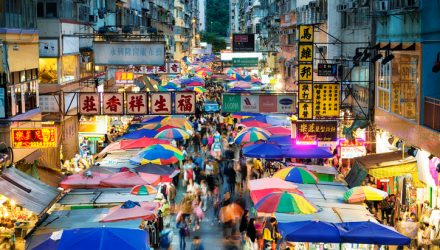 Many exchange traded fund investors focus on U.S. equities, ignoring potential opportunities overseas. However, emerging markets, which represent the largest economy of the world, are becoming too big to ignore.

For instance, the Columbia Emerging Markets Consumer ETF (NYSEArca:ECON) tries to provide exposure to 30 leading emerging market companies in the Consumer Goods and Consumer Services industries. The ETF has a 54.5% tilt toward consumer discretionary and 42.9% to consumer staple names.

Columbia Threadneedle argues that the consumer sectors may stand to benefit as many emerging economies transition from an export-oriented growth model to one focused on domestic spending. For example, The domestic consumer component of China’s economy recently surpassed 50% for the first time, reflecting the country’s shift toward domestic consumption and away from its previous export-focused business model.