You are at:Home»Featured»An ETF That Takes Investors to the Next Frontier in Global Growth 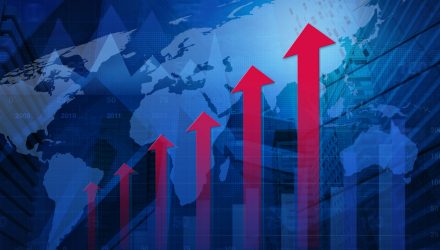 There are important fundamental changes taking place in emerging and frontier markets beyond China as these populations are leapfrogging traditional consumption in favor of online services and shopping via smartphones. Investors can also capitalize on these shifts through a targeted exchange traded fund strategy.

In the recent webcast, Emerging Markets: The Next Frontier of Growth with Special Guest Dr. Burton G. Malkiel, Dr. Burton G. Malkiel, member of FMQQ Index Committee, professor of economics at Princeton University, and author of “A Random Walk Down Wall Street,” argued that investors who are looking into the developing global economies should look beyond China. For starters, China’s government has shown that it will take a heavier hand in regulating sectors, which could restrain future growth. Meanwhile, there are more than enough growth opportunities outside of China in the developing markets where valuations look more attractive.

For example, according to the International Monetary Fund growth estimates for 2022, India’s economy is expected to expand 8.5% and other Asian economies are projected to grow 6.3%, compared to the 5.6% growth in China and 5.2% for the U.S.

Malkiel warned of rising valuations and pricier market conditions, but he also highlighted the attractive valuations in developing economies. For example, some of the cheapest markets compared to their historical CAPE ratios include Turkey, the Czech Republic, Columbia, Poland, and Chile, among others, whereas the S&P 500 CAPE ratio is trading at 54% above its average historical values.

Consequently, Malkiel argued that investors can turn to something like the recently launched Next Frontier Internet & Ecommerce ETF (FMQQ) to capture these more favorable trends in frontier markets. He argued that strong economic growth, attractive relative valuations, and a concentration on consumer and internet names — the most attractive sectors — could be a great opportunity for investors.

Kevin T. Carter, founder and CIO of the Emerging Markets Internet Ecommerce ETF (EMQQ) & the Next Frontier Internet & Ecommerce ETF (FMQQ), also argued that middle-income consumers will likely take on a greater role in the global economy, especially in emerging countries. According to McKinsey & Co. projections, an expected 4.2 billion people will constitute the consuming class by 2025, and emerging markets could account for $30 trillion in consumption, with developed markets making up $34 trillion. In comparison, emerging market consumers only generated $12 trillion in world consumption back in 2010.

Additionally, the adoption of smart devices and internet penetration among developing economies remain in the early phases, so there is still plenty of room to run. For example, while 82% of U.S. citizens have access to smartphones, Chinese smartphone users make up about 63% of its overall population, and India’s smartphone users only constitute 32% of its population.

However, Carter warned that EMQQ has largely been a China story as China makes up 62.2% of EMQQ’s underlying portfolio, which doesn’t come as a surprise since China’s e-commerce sales are 3.9 times larger than all other emerging market countries combined. However, this does not mean that investors should ignore the next frontier of consumer markets, as many frontier and developing economies are seeing a slew of new e-commerce or internet retail companies coming online.

Carter also noted that the next frontier population is 4.0 times larger than China, which provides an even bigger consumer base to support a growing internet and e-commerce industry.

Financial advisors who are interested in learning more about emerging markets can watch the webcast here on demand.