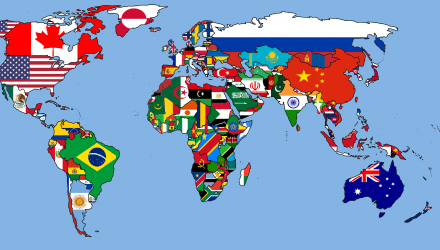 An ETF to Hedge Currency Risk in International Markets

While the United States is on path to revamp the North American Free Trade Agreement with Mexico and is moving forward with talks to settle trade disputes with China, it reminds investors exposed to international markets that hedging currency risk is a must.

Rather than obtaining direct exposure to foreign currencies themselves, exchange-traded funds like the IQ 50 Percent Hedged FTSE International ETF (NYSEArca: HFXI) are able to provide hedging strategies for investors seeking global opportunities that allow them to capture any upside in foreign currencies and minimize downside risks associated with market downturns related to that respective currency. With the fluctuations in foreign exchange currency against the dollar the past year, a hedged strategy has been able to outperform an unhedged strategy.

HFXI seeks investment results that correspond to the FTSE Developed ex North America 50% Hedged to USD Index. The index itself represents an equity benchmark comprised of international stocks from developed markets with approximately half of the currency exposure of the securities included in the underlying index hedged against the U.S. dollar on a month-to-month basis.

The trade wars, particularly between the United States and China have negatively impacted the market, giving the major indexes a roller-coaster ride despite the upward trajectory seen in the bull market. The S&P 500 is now the longest bull market recorded, but the road to its record high was marred by trade wars.

However, according to Bruno, incorporating HFXI into a portfolio as a middle-ground alternative can help lessen the impact of future geopolitical ramifications stemming from trade wars or other issues abroad..

“The trade wars have definitely introduced uncertainty and volatility around how currencies move, so the impact would make the case for a middle-ground approach like HFXI,” said Bruno. “It is difficult to say if HFXI has been negatively affected because it depends on the frame of reference: HFXI has underperformed fully hedged as the dollar has rallied during the trade war. However, HFXI has done better than the unhedged international exposure as local currencies have weakened. Whether it be a hedged or unhedged approach, the 50% passive approach takes away the timing concern from either being committed to exposure or sacrificing exposure to currencies.”