You are at:Home»Equity ETFs»An Airline ETF to Hone in on Where Warren Buffett Finds Value 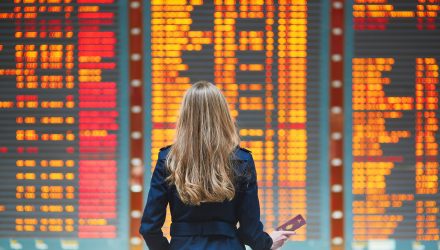 Those who draw inspiration from the deep-value investor Warren Buffett may take a look at an airlines sector-specific ETF as the investment guru loads up U.S. airline plays.

Berkshire had to diminish its stakes in American Airlines Group and United Continental Holdings to avoid surpassing 10% ownership in each of those companies, reflecting Buffett’s personal threshold that he didn’t want to cross.

“These buy and sell decisions did not reflect our investment management’s views as to the relative attractiveness of the bought and sold securities but were rather a response to the 10% limitation,” Berkshire said in a statement.

The airlines industry is generating huge revenues through a number of methods, including loyalty programs. For example, Hawaiian Airlines grew at the fastest pace at 52% while American earned the most around $1.15 billion. According to a Stifel’s Joseph DeNardi report, growth in U.S. airlines’ loyalty programs was particularly robust in the first six months of 2018 compared to the same period last year.