You are at:Home»Video»American Century Investments Talks Opportunity in ETF Space 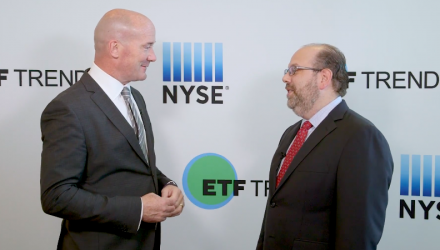 American Century Investments, one of the most respected names in the traditional open-end mutual fund industry, has recently stepped out with its own ETFs to capitalize on the rising popularity of the relatively new investment vehicle.

“We’re trying to do things a little bit differently,” Ed Rosenberg, Senior V.P. and Head of ETFs at American Century, said at the Inside ETFs 2018 conference.

“What we’re trying to do is really launch products that fit within the core holdings of a portfolio,” Rosenberg said. “Those two products are designed to fit in a core holding and have an outcome oriented solution.”