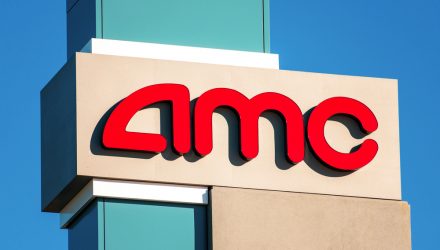 The AMC Meme Rally Helped This ETF Stand Out

Correction, 6/4/21: A previous version of this article stated that PEJ had a 10.2% holding in AMC. As of an index rebalance that took place on June 1, the fund no longer holds AMC. We have removed reference to that holding, and we regret the error.

The best-performing exchange traded funds of Wednesday enjoyed a boost from the frenzy in AMC Entertainment (NYSE: AMC) as retail traders fueled a surge in the meme stock rally.

Meanwhile, among the best-performing non-leveraged ETFs of Wednesday, the SoFi Social 50 ETF (SFYF), which is made up of the 50 most widely held U.S. listed stocks on the SoFi Invest platform, increased 12.7%.

The huge burst in AMC activity followed despite a report that a hedge fund sold its stake in the movie theater company due to its belief that the stock was overvalued, CNBC reports. On Tuesday, AMC revealed it sold 8.5 million newly issued shares to Mudrick Capital, but the hedge fund later sold all of its AMC stock for a profit.

AMC “got the massive amount of money … and the hedge fund probably got a decent profit on that transaction,” Giacomo Pierantoni, research analyst at Vanda Securities, told Reuters.

A large throng of small retail traders on a sub-Reddit online forum have collectively fought back against the stock share pressure. For example, last week, investors who were short the stock were estimated to have lost $1.23 billion after AMC rallied over 116%, according to S3 Partners.

“The (retail trading) party could go on as long as investors could continue co-acting,” Ipek Ozkardeskaya, senior analyst at Swissquote, told Reuters. “The problem is, the higher the price goes, the higher is the temptation to take profit and walk away.”

AMC is trying to reinvent itself after suffering huge losses during the pandemic-induced shutdowns. The movie theater operator stated that it would use the new funds from stock sales for potential acquisitions, upgrading its operations, and deleveraging balance sheets. Additionally, the company began an initiative that offered any investors a free large popcorn if they signed up to a regular newsletter.

“Even if our shareholders now number in the millions … these people are the owners of AMC, and I work for them,” Chief Executive Officer Adam Aron said in a statement.