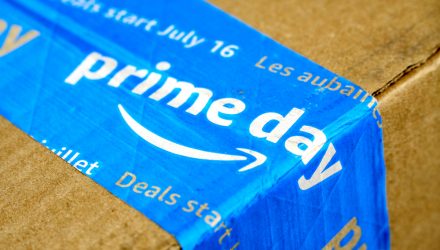 While there’s good reason to look at Amazon’s success as an example of strength in the retail space, the company has not been lacking when it comes to going up against the competition. Of course, a rivalry is healthy in general, when it comes to these sorts of businesses, and that also hasn’t stopped the online retailer from creating events such as Prime Day to kick up spikes in sales. Of course, that could provide a hint at what to expect in 2020, during a holiday season where online shopping may be preferable to going to the store.

Evan Clark, Women’s Wear Daily’s Deputy Managing Editor, spoke on CNBC’s “Power Lunch” to go over the battles going on between retailers, with hopes of grabbing the attention of consumers, as holiday shopping kicks off much earlier than usual. While Black Friday has been the traditional starting point for holiday shopping, the Covid-19 pandemic has certainly made the year shift focus in many ways.

While other retailers have been looking at ways to get the message across as far as how to start this drive for consumers to get that shopping done, Amazon stepped up to make it happen. Whether or not the annual ‘tradition’ of shopping early to have products in time for the holidays will catch on for mid-October instead of late-November, particularly when it comes to seeing the industry pivot towards digital.

Beyond Prime Day, competitors such as Target have Deal Days. Kohl’s, J.C. Penny, and Bed Bath & Beyond are all trying to push promotions as well. As far as the reasoning behind it, Clark states how many factors have led to this. When it comes to Amazon, the competition aspect comes in addition to finding the key times to strike for consumers. It is important to note how Amazon may have a foothold in other areas, as it is the online retailer that makes up about half of all online purchases.

The rest of the industry clearly doesn’t want to cede too much to Amazon, so it only makes sense to see them attempt to create their own attempts to capitalize when they can. The other thing to keep in mind as well – the management of delivering these packages could also help shape the way consumers are getting their products. This, in turn, could factor into dictating just how much a role an early online shopping season will play for the consumer.

Seeing how things go on Black Friday, as well as Cyber Monday, could provide a perspective on what to expect from the future as well. People are still going to shop on those days, so there won’t likely be much of a drop, but these sales’ timing may leave something of note to keep in mind.

One benefit as far as satisfaction goes — there will likely be a lot less of procrastination that sets in, leading up to the days before December 25, as consumers will have had the chance to do whatever was needed, or at least see more of a chance for inventory to be still available, given the stretched out level of time to buy.