You are at:Home»Equity ETFs»Amazon ETFs Brush Off Trump’s Twitter Attack 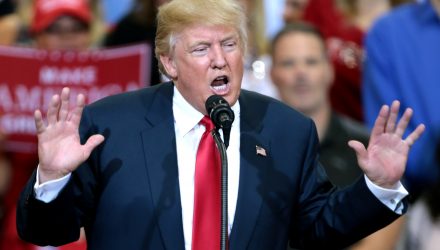 However, according to the Washington Post, “Some of Trump’s claims about Amazon have not been based on complete information. Amazon, for example, does collect taxes on products it sells to customers in the 45 states with a sales tax. Items sold by third-party vendors, however, may have different arrangements. The company has also said it supports legislation that would require other online retailers to pay state and local sales taxes.”