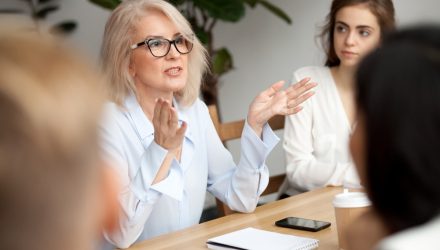 Today, women control a substantial amount of wealth, $14 trillion, in the U.S., according to Forbes, and control 70-80% of all consumer purchasing.

A growing portion of wealth is being managed by female investors, opening an opportunity for wealth management firms to make a difference and better cater to this investor segment.

Tamara Gillan, co-founder of the WealthiHer Network, argued that women have a “lack of financial confidence borne out of a lack of knowledge,” International Adviser reports.

“Women are also more risk-aware, which is different from being risk-averse,” Gillan told International Adviser. “They are more considered when it comes to investing, and they want more information and more detail on the outcomes.

“Currently, women’s propensity to make investments is around 40% less than men. This needs to change,” she added.

Experts warned that women’s lack of exposure to the markets could run the risk of leaving many without enough money to go through retirement, This Is Money reports.

“I would say to women: you’ve got to support yourself financially, even if you are married,” Amanda Sillars, a fund manager with Jupiter, said. “You’ve got to prioritize yourself and think long term. You’ve got to take a little investment risk; otherwise, you’ll only have a little financial reward.’

Many believe that one reason why fewer women invest is historic as until more recently, men typically dictated household investments.

“Women have left it to men – and we have to break that cycle,” financial adviser Katie Campbell, from Think Financial Wealth Management, told This Is Money.

Others have pointed out that the industry itself has catered toward male investors. Consequently, the industry and many financial advisors have been unable to meet the demands of a growing female investor group that is in control of a large swathe of wealth.

“This has created an unconscious bias, both by women, but also against women, by the institutions which sell investment products, that the investing world is not one made for them,” Alexandra Jackson, investment manager of investment fund Rathbone UK Opportunities, told This Is Money.

Financial advisors who are interested in learning more about enhancing client relations with female investors can register for the Tuesday, March 10 webcast here.