You are at:Home»Alternatives Channel»Why the Oil Rally Could be Short-Lived 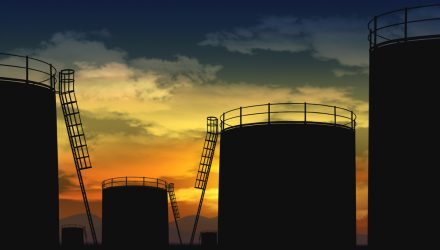 Why the Oil Rally Could be Short-Lived

However, market observers remain skeptical that the Tuesday rebound is anything more than a dead cat bounce, noting that the market is awash in crude at a time when prices still reside near multi-year lows. Making matters worse is Russia’s pledge to up output after Saudi Arabia it will do the same, touching off the price war that sent oil and ETFs like BNO and USO sliding on Monday.

The 14 OPEC countries initially wanted to reduce output by 1.5 million barrels per day, or 1.5% of world production. OPEC countries led by Saudi Arabia and Iran argued they need non-member allies like Russia to take on 500,000 barrels of that cut. Russia, though, was loath to comply, and OPEC Secretary General Mohammed Barkindo of Nigeria revealed the meeting had been adjourned without an agreement.

“Russia can raise its oil production by 200,000 BPD to 300,000 BPD in the short term, with a potential for up to a total increase of 500,000 bpd, Russian Energy Minister Alexander Novak told news channel Rossiya 24 on Tuesday,” reports OilPrice.com.

After soaring for most of this year, bearish oil ETFs were pinched on Tuesday, but for active traders, the DB Crude Oil Double Short ETN (NYSEArca: DTO) and the ProShares UltraShort Bloomberg Crude Oil (NYSEArca: SCO), among others, could still be worth a look as Russia and Saudi Arabia flood the market.

SCO offers 2x daily short leverage to the broad-based Dow Jones-UBS Crude Oil Sub-Index, making it a powerful tool for investors with a bearish short-term outlook for crude oil. Investors should note that SCO’s leverage resets on a daily basis, which results in a compounding of returns when held for multiple periods. SCO can be a powerful tool for sophisticated investors but should be avoided by those with a low-risk tolerance or a buy-and-hold strategy.

DTO offers 2x daily short leverage to the broad-based Deutsche Bank Liquid Commodity Index-Oil, making it a powerful tool for investors with a bearish short-term outlook for crude oil futures and Treasury bills. Investors should note that DTO’s leverage resets daily, which results in a compounding of returns when held for multiple periods. DTO can be a powerful tool for sophisticated investors but should be avoided by those with a low-risk tolerance or a buy-and-hold strategy.

“Just before the OPEC+ meeting last week—which turned into a fiasco for OPEC’s leader Saudi Arabia after Russia refused to back additional massive production cuts—Russia’s average oil production had increased to 11.29 million BPD in February, up by 3.2 percent on the year and slightly up from 11.28 million BPD in January,” according to OilPrice.com.