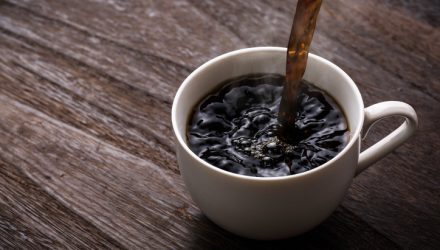 Why The Coffee ETN’s Rebound Could be Stunted

In the talk about assets affected by various U.S. trade tariffs, coffee and the iPath Series B Bloomberg Coffee Subindex Total Return ETN (NYSEArca: JO) are often overlooked, but JO is lower by 6.09% year-to-date and trade tariffs are one reason why the coffee ETN is slumping.

“The crisis facing Guatemala’s coffee growers, suffering from rock-bottom commodity prices and depressed incomes, could turn into a nightmare as Donald Trump threatens tariffs against the country,” reports Bloomberg.

Essentially, the White House is upset with Guatemala for backing out of a deal to stem the flow of illegal immigrants that come from Central America to the U.S. and coffee growers there could suffer the consequences of Trump’s ire. The news comes at a time when coffee and JO were attempting to rebound on the back of bad weather.

Before the sudden heat, coffee prices have been in free fall on expectations of another bumper crop after the record rainfall as crops rebound from a severe drought in 2016. Coffee is one of the most volatile commodities on the market.

“And while Trump’s threat comes amid his battle to reduce immigration, taking the action against Guatemala could end up producing the opposite result,” according to Bloomberg. “The coffee crisis has already forced many of the nation’s small growers to leave the country and take the risky trip through Mexico to cross the U.S. border. Tariffs would likely further beat down the commodity market in the Central American country and possibly exacerbate the flow of migration.”

Thanks to buyers such as Starbucks, the U.S. is the top destination for Guatemala’s coffee exports, accounting for nearly 40% of those exports.

“Coffee futures traded in New York have tumbled almost 25% in the past two years as supplies boomed in Brazil, the world’s top producer and exporter,” according to Bloomberg.