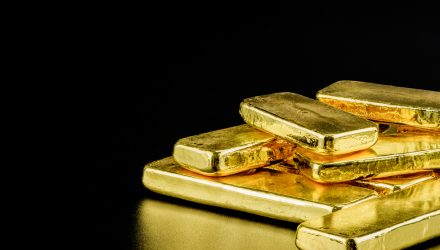 The rapid spread of the virus beyond China has heightened investor’s fears over its potential impact on the global economy. While countries around the world are stepping up efforts to stop a pandemic, the coronavirus has spread to every continent except Antarctica. This will certainly have an impact on global growth but will it be enough to force central banks around the world to respond?

“On Monday, the market reacted with a significant sell off in equities which led to a single day 5% spread between the performance of gold which was up 1.5% and the S&P 500 which was down 3.5%,” Dunn said. “Gold responded the way that gold typically responds during these type of drawdowns and why so many investors are drawn to it for its hedging capabilities.”

Dunn said they would expect increased price volatility in gold as new news about the virus hits the wire.

“Some are even suggesting an additional rate cut from the FED at their March meeting which would provide further support for gold,” he said. “While the calls may be early, it is clear that global growth will be compromised the longer the virus remains uncontained.”

He said the sell-off in gold today is most likely a combination of:

He said gold has demonstrated a -0.01 and 0.07 monthly correlation to the S&P 500 Index and Bloomberg Barclays US Aggregated Bond Index, respectively, since the 1970s.