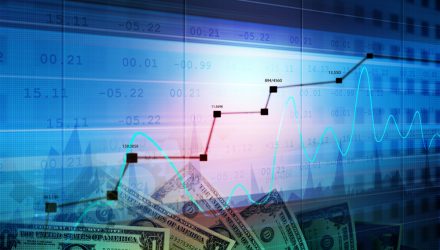 What We Can Learn From The Treasury Market

The 2-year/ 10-year US Treasury yield curve inverted last week, an indicator suggesting that markets expect the US economy to worsen.

While the 3-month/10-year US Treasury yield curve still appears healthy, it is worth keeping a close eye on, as some economists, such as Fed Chairman Jerome Powell, look to the shortest end of the Treasury market for a more relevant indication of where the economy may be heading.

A steepening yield curve signals that investors have positive expectations for economic activity, and a flattening yield curve means the opposite. Shorter-term rates are surging higher as traders prepare for a number of rate hikes this year. Meanwhile, longer-term rates aren’t rising as quickly, signaling that investors anticipate higher rates will slow down the economy.

The indicator is observed when shorter-term rates are above longer-term ones, and every time that’s happened since 1955, the economy went into recession between six and 24 months later. Over the past six decades, the median amount of time between the initial inversion of the 2-year/10-year yield curve and the onset of a recession is 18 months.

However, the current shape of the yield curve is a signal of what is already known to investors: Inflation is too hot, and growth is going to moderate.

Investors looking to gain exposure to event-driven investments, which are largely dependent on a number of identifiable variables, instead of market conditions, should consider the Merger Fund (MERFX).

Introduced in 1989, MERFX was the first mutual fund devoted exclusively to merger arbitrage, offering easy access to a time-tested alternative investments strategy with all the benefits of mutual fund investing.