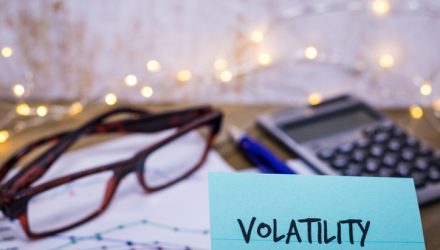 Volatility and Performance of Options-Related Indexes in the 2010s

As we enter the 2020s with interest in worldwide geopolitical volatility, here are some key points about volatility and the performance of options-related indexes the 2010s.

The average of the daily closing values of the VIX® Index in the 2010s was 16.9 (24% below the 22.1 average for the previous decade). In recent years some observers have questioned whether there was too much complacency in the markets, and if the VIX Index was unusually low in light of trade wars and geopolitical uncertainties. In answer to these questions, one could note that: 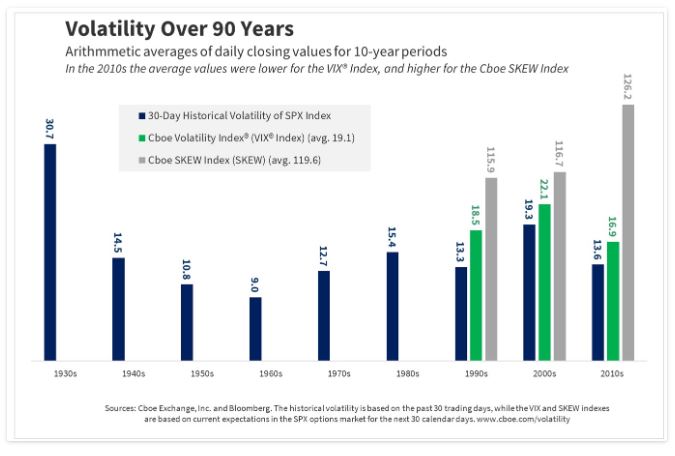 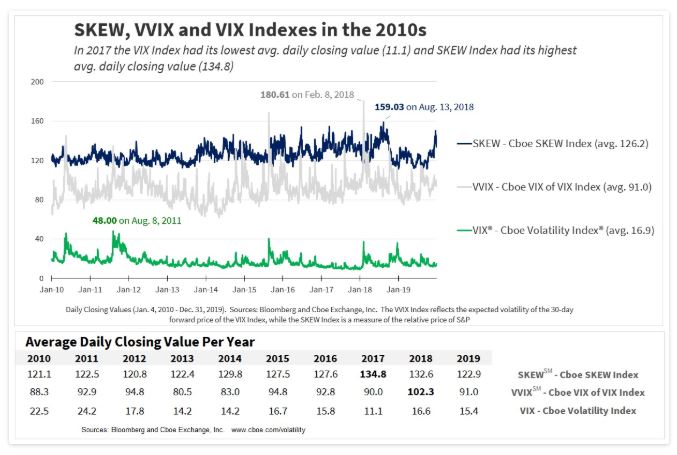 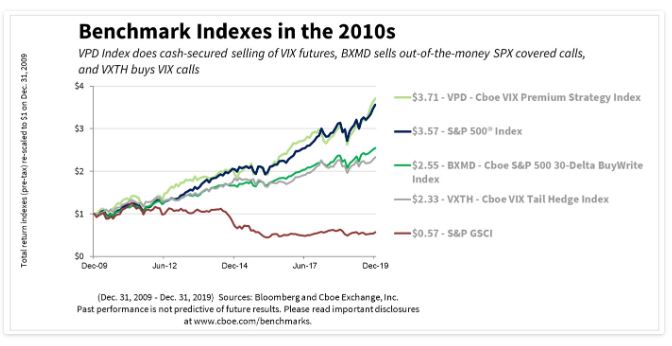 Six indexes that use S&P 500 (SPX) options had the lowest standard deviations in the Standard Deviations chart below. 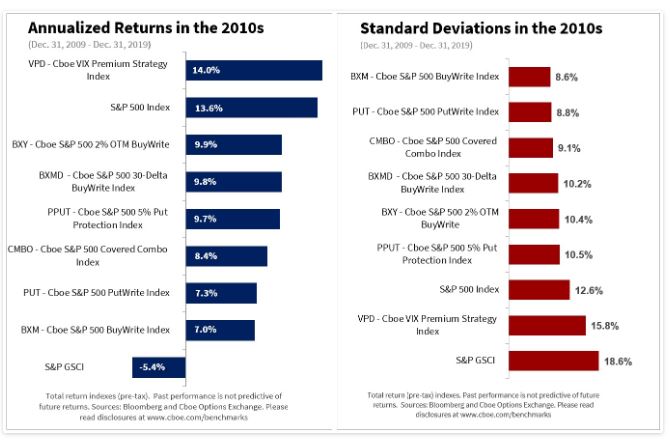