You are at:Home»Alternatives Channel»U.K. to Raise Tariffs on Russian Platinum, Palladium 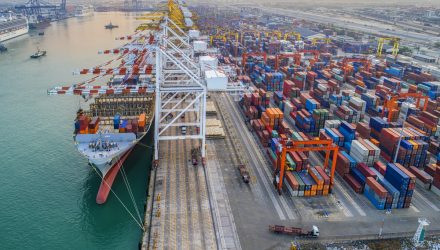 The U.K. announced on Sunday that it will increase tariffs on platinum and palladium imports from Russia and Belarus in a new series of sanctions targeting £1.7 billion ($2.1 billion) of trade. The U.K. announced that these sanctions are intended “to further weaken Putin’s war machine.”

The new import tariffs will cover £1.4 billion worth of goods and bring the total value of products that have been subjected to full or partial import and export sanctions since Russia’s invasion of Ukraine began to more than £4 billion.

“This far-reaching package of sanctions will inflict further damage on the Russian war machine,” said Anne-Marie Trevelyan, Secretary of State for International Trade. “It is part of a wider coordinated effort by the many countries around the world who are horrified by Russia’s conduct and determined to bring to bear our economic might to persuade Putin to change course.”

Chancellor of the Exchequer Rishi Sunak added: “Over £4 billion worth of goods will now be subject to import and export sanctions, doing significant damage to Putin’s war effort. Working closely with our allies we can and will thwart Putin’s ambitions.”

This is the third round of trade sanctions the U.K. has announced and, excluding gold and energy, will bring the proportion of imports from Russia hit by restrictions to more than 96%.

Russia is one of the leading platinum- and palladium-producing countries and is dependent on the U.K. for exports of platinum and palladium products.

PALL is designed to track the spot price of palladium bullion by holding bars of the metal in a secure vault, allowing investors to free themselves from finding a place to store the commodity. Since there are no pure palladium miners, the fund is one of the only ways that investors can obtain exposure to the metal beyond holding a futures contract on palladium.

GLTR, meanwhile, acts as a metals catch-all, boasting a mix of gold, silver, platinum, and palladium. The fund is based on futures contracts, which makes it subject to the risks of contango, backwardation, and other problems that are associated with futures-backed products. It should be noted, however, that while GLTR offers exposure to four separate metals, gold and silver make up for more than 85% of this basket fund.

PALL and GLTR both have an expense ratio of 0.6%.