You are at:Home»Alternatives Channel»Trump Talking Infrastructure Could Benefit This ETF 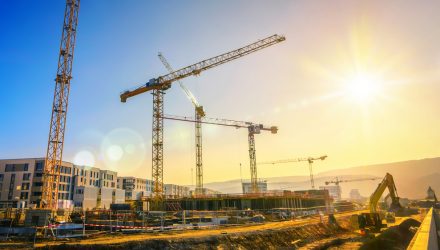 With Election Day right around the corner, President Trump is reiterating a commitment to infrastructure spending and while details remain ambiguous at this point, the political push could give rise to ETFs such as the AGFiQ Global Infrastructure ETF (GLIF).

Trump, should he be reelected, is likely to continue hammering away at environmental regulation that he views as hurdles to increasing infrastructure investment.

“The administration took aim at the National Environmental Policy Act and announced a final rule meant to modernize and accelerate environmental reviews to enhance efficiency and affordability,” according to Transport Topics. “The move would ideally facilitate a two-year period for completion of certain environmental impact statements. NEPA’s proponents say it plays an essential role.”

GLIF also has credibility as an income idea with a dividend yield of 3.39%.