You are at:Home»Alternatives Channel»With Trade Tensions Lingering, Tread Carefully With This ETF 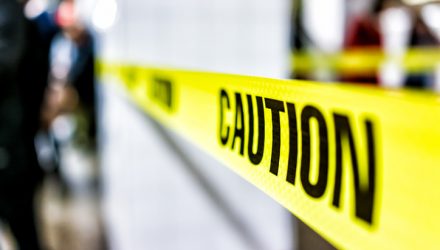 With Trade Tensions Lingering, Tread Carefully With This ETF

The previously downtrodden SPDR Metals & Mining ETF (NYSEArca: XME), which is designed to track the broad metals and mining segment, got a lift Monday, but investors should approach this volatile ETF with caution, particularly with trade tensions still running high.

“A trade deal between the U.S. and China would send commodity prices – and mining stocks – soaring – but Donald Trump dampened hopes of an agreement, insisting he was not ready to make a deal,” reports Callum Keown for Barron’s.

Goldman Sachs is forecasting that the ongoing U.S.-China trade war will have a larger effect on growth. In fact, the global investment firm just lowered its fourth-quarter growth forecast by 20 basis points to 1.8%, which could negatively affect U.S. equities moving forward.

Relative: Finally, Some Good News For The Copper ETN

“The mining industry, as other sectors, hope for a resolution of the trade disputes between the U.S. and China, but a further escalation or the absence of a deal would put an end to any optimism,” reports Barron’s.