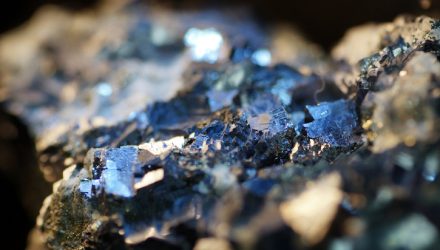 This is Now The Most Expensive Precious Metal

Gold and platinum usually tussle for the title of the most expensive precious metal, but both are being surpassed this year by palladium. The Aberdeen Standard Physical Palladium Shares ETF (NYSEArca: PALL) is up more than 43% this year, underscoring the white metal’s ascent to record heights.

As is often the case, favorable supply/demand dynamics are pushing PALL and palladium prices higher this year.

“While car sales have been sluggish, tighter environmental laws in Europe and China are boosting consumption, according to Australia & New Zealand Banking Group Ltd. Production is likely to continue to trail use through 2020 amid increasing demand, Bloomberg Intelligence analyst Eily Ong said in an Oct. 17 note,” according to Bloomberg.

“There’s been concern that palladium’s hefty price could prompt automakers to find lower-cost materials for their pollution-control equipment,” reports Bloomberg. “So far there isn’t any sign of that happening. Platinum, a cheaper sister metal used largely in diesel vehicles, is often mentioned as a possible alternative.”

“Production of platinum-group metals in South Africa shrank the most in 18 months in August, while growth in Russia stalled last month, government data show. Power outages in South Africa have helped cloud the supply outlook for palladium,” according to Bloomberg.