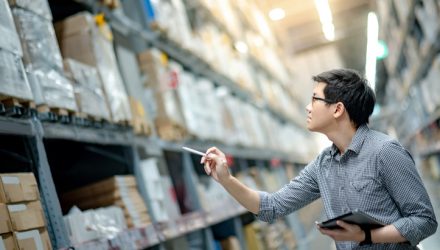 This Commodity ETN Could be a 2020 Winner

The iPath Series B Bloomberg Copper Subindex Total Return ETN (NYSEArca: JJC) is up about 7% year-to-date due in large part to a December gain of just over 6%.

JJC’s bullishness this month could be a sign some commodities market participants are betting copper will be an industrial metals winner in the new year. The recent gains in copper has been a stark contrast to the 20% drop off over summer when fears of global trade wars between the U.S. and China heated up, the Wall Street Journal reports. China makes up almost half of all global demand for copper.

“Copper, often called ‘Dr. Copper’ due to its correlation with the economic cycle, could be the trade of 2020, as most industry analysts expect a ‘lift-off’ for the metal as global demand recovers,” reports Bloomberg.

Christopher LaFemina, a mining analyst at Jefferies, is bullish on copper for 2020.

“The firm is most bullish on copper miners for 2020 as current supplies won’t be able to meet ‘even a modest cyclical recovery in demand,’ LaFemina wrote, according to Bloomberg.

Miners may need to spend more to take advantage of higher prices. Global miners are only investing a third of what they did five years ago on new projects as they are on pace to invest roughly $40 billion for the third straight year, or down more than $120 billion five years ago and $80 billion almost a decade ago, according to Wood Mackenzie.

Related: A Gloomy Outlook For The Copper ETN

Goldman Sachs is also enthusiastic about the red metal heading into next year.

“We expect strong completion growth in the next two years, continuing a positive trend in the property sector since August,” and “grid investment is likely to pick up strongly in the first quarter of 2020 thanks to the government infrastructure stimulus,” Bloomberg reports, citing the bank.