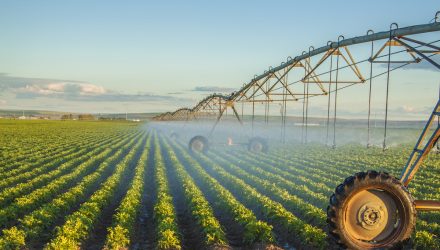 SOYB Could be Super Commodities Play

The Teucrium Soybean Fund (NYSEArca: SOYB) isn’t the first commodities exchange traded product investors think of, but it may be one they should consider as 2021 draws closer.

U.S. soybeans are now competitive in the world markets after the South American harvest and sales season wraps up, especially in Brazil.

Furthermore, Chinese buyers have returned to U.S. farm markets. China has purchased cargoes of soybeans almost every day for the past week or so, renewing hopes for the entire agriculture sector that the world’s largest consumer of soy has returned to U.S. farms for good. Additionally, technicals for grain commodities look appealing.

China still needs to restock its stores of grains after the trade war depleted stockpiles. Furthermore, the Chinese government announced that their culled swine herd expanded again for the eighth consecutive month, which confirms that China’s demand for soybeans as animal feed will also continue to grow – the emerging country has drastically cut down its herd in response to the recent African swine flu that swept through the country.

Recently, “soybeans not only broke out of a two-year base, but they also hurdled an eight-year downtrend. The breakout raises support to the 900/875 area. Dry weather in the Midwest, strong demand from China, and slumping exports from Brazil should be supportive for soybeans,” reports Barron’s.