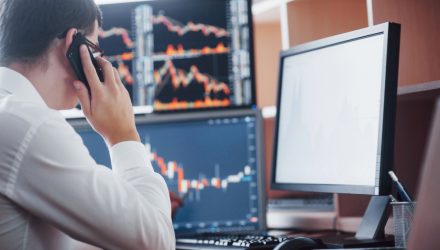 Seeing The Tragedy of De-Listed ETNs

In busy markets, one of the things we ETF nerds do is look for cracks in the system.

Much attention during this pullback has been paid to some of the highly-leveraged products which, mathematically, can end up in a tight spot.

The math is pretty simple for a fund like Wisdomtree’s UK-listed 3BRL, which offered 3X the daily return of the move in front-month Brent Crude Oil futures. If you’re resetting your exposure each day to provide for 300% exposure to some index, and that index goes down 33 1/3%, then mathematically, you’re done. Your new NAV goes to zero. In a situation like this, the issuer basically has no option but to shut the thing down.

The media loves this story.  Leveraged ETF goes bust!  But really, it’s no big deal. ETFs are generally structured so that the process of this unwind is pretty straightforward.

So, for example, consider this statement in the pricing supplement for the VelocitySahres 3X Long Crude Oil ETN (UWT):

OK, that sounds like gobbledygook, but it’s pretty simple.  The English translation of that legalese is: If the ETN goes down 75% from one day to the next, we shut it down, liquidate it, and give you whatever is left.

Considering the circumstances, that’s all you can ask.  After all, you were the bagholder with  who bought a 3X leveraged crude oil ETN; it’s not the issuer’s fault that the market went down a lot

Unfortunately, you can have a much worse outcome than this.  It tends not to get as many headlines as “XYZ closed! Alert the media! Write a hyperbolic headline!”, but it’s way, way worse.

It’s not that these funds had much choice, given their >90% drop in value. 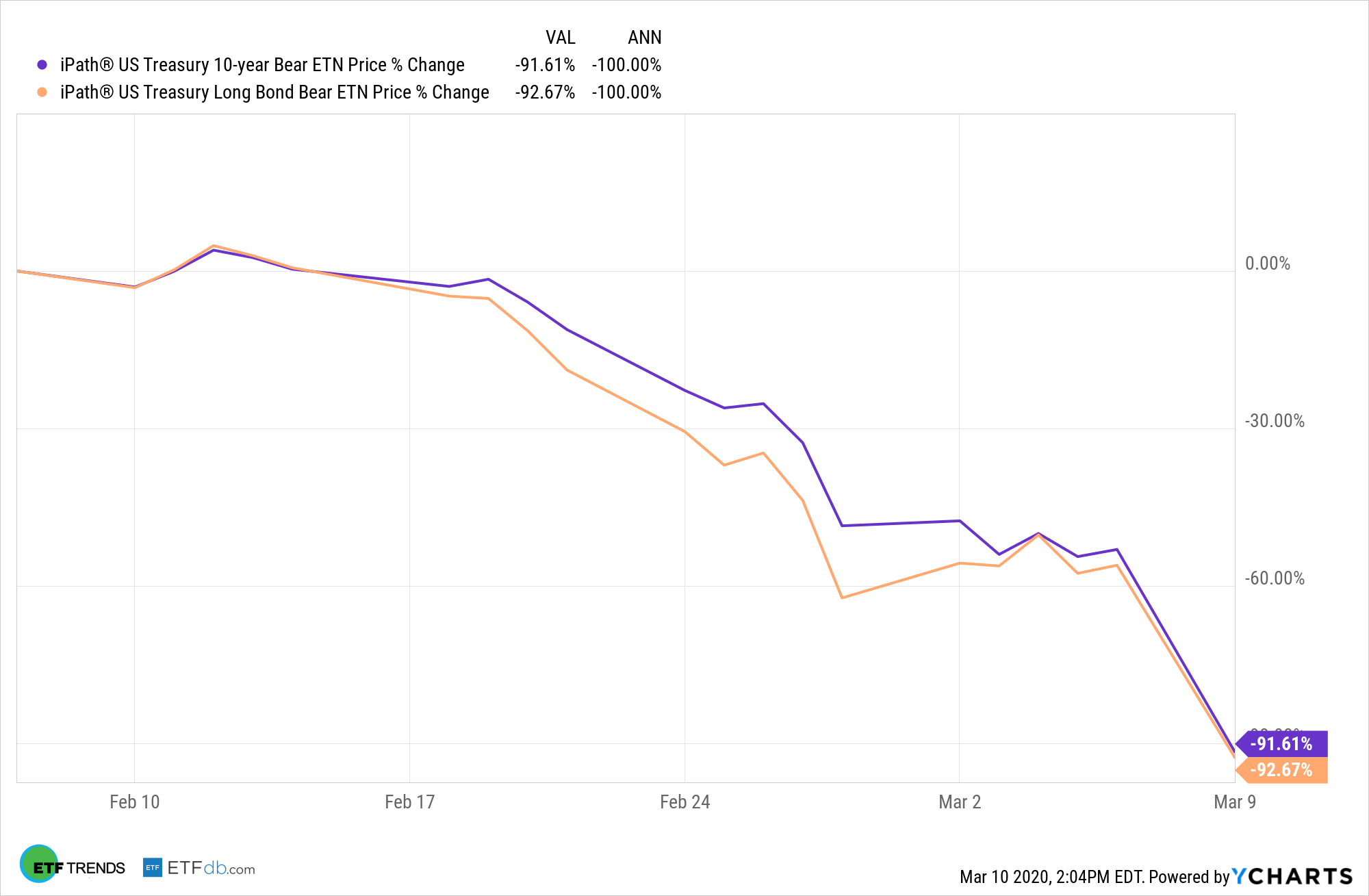 Exchange rules at the CBOE say that when an issue drops below $400,000 in aggregate assets, it gets delisted, on the theory that the exchange can no longer promise an orderly market for such a tiny security. (Every issuer has lists of rules like this: NYSE delists ETNs with fewer than 50,000 shares, or if your assets drop below $1 million, and so on.)

The problem is that these particular ETNs don’t have a clean way to handle this turn of events. If you read the supplement, the primary mechanism foreseen in the funds’ construction is early redemption.  Barclays has made the notes available to redeem now, but only if you’re someone authorized to redeem (an AP) and only if you roll up 5,000 of the outstanding shares.

So imagine you’re some (not particularly lucky and/or smart) person who was sitting on 1,000 shares of one of these funds going into the past few weeks.  Maybe you took a vacation and hadn’t been trolling the Barclays website every day for updates on your position. Or perhaps you’re just not the kind of investor whom panic sells into a challenging market.

You can’t sell your ETN shares, because CBOE has delisted them. The shared default to trading on the pink sheets, where you’re likely to have no ability to trade at all. In my brokerage account, for instance, DLBS, which delisted five days ago, has no bids posted whatsoever. None!

Theoretically, the market will shake out, and eventually, some authorized participant will scoop up remaining shares at a significant discount so they can hand them back to Barclays for a profit.  But the little guy?  Hosed. Just hosed.

I had this same issue with a delisting ETN back in 2016 (and documented my experience owning it). In that case, I was eventually able to sell for about 10% under fair value (in an already profoundly distressed position).  It wasn’t fun, and it wasn’t pretty.

Related: Being Anti-Beta Is Beneficial These Days as This ETF Proves

The frustrating thing as an outsider looking in is that this terrible position is a choice made by ETN issuers at the time of their construction.  As ETNs, they have to live by even stricter guidelines than a traditional fund (where, at the end of the day, the board can make some pretty aggressive decisions, like deciding to ‘shut this thing down.’)  ETNs don’t have a board, so what’s in the docs is what’s in the docs.  And some ETNs are constructed so, in times like this, they fail and fail in a spectacularly inelegant fashion.

Technically, a plain old ETF can face the tragedy of delisting; it just never happens because they are inherently more flexible than ETNs.  When an ETF fails, it generally just closes.  I regularly by single shares of failing ETFs just to see what happens as they close, and honestly, a little cash shows up in your account at fair value, and you move on.

The moral of the story?  Be very, very careful when you try and grab the unique exposures that ETNs can provide during times of market stress.

The end-game may not be what you expect.