You are at:Home»Alternatives Channel»Record Spending and Money-Printing Puts Markets in Uncharted Waters 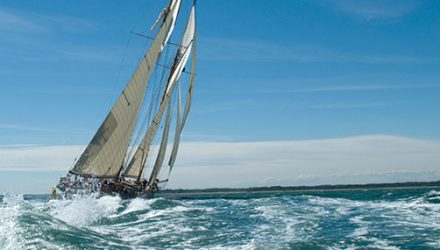 Back in March, I predicted that the total U.S. economic response to the COVID-19 crisis would be at least $10 trillion.

Between the relief packages passed by Congress and monetary stimulus enacted by the Federal Reserve, we’ve already reached that enormous sum. And yet it still won’t be enough to prevent further economic erosion, according to some economists.

In a letter to Congress signed by more than 100 people, including former Fed chairs Ben Bernanke and Janet Yellen, the authors warn lawmakers that even though “unprecedented levels of economic support” have been set aside for families and businesses affected by the lockdown, “more needs to be done.”

Congress must pass a “multifaceted relief bill of a magnitude commensurate with the challenges our economy faces,” the letter urges.

The record-setting amount of spending and money-printing is understandably giving some finance experts serious concerns. In a tweet yesterday, precious metal commentator Jim Rickards remarked that Bernanke and Yellen’s proposals are not “stimulus” but “slow-mo ruin.”

These two wrote a letter to Congress (signed by many others) saying $10 trillion (fiscal+monetary) “stimulus” is not enough. We need more, more, more. Would someone please explain to them that we’re getting spending and money printing but it’s not “stimulus.” It’s slo-mo ruin. pic.twitter.com/O7eIdqCfHz

You’re welcome to disagree with Rickards, of course, but there’s no denying that we’re in uncharted financial and economic waters right now. In my eyes, that’s more than enough reason to make sure your portfolio has adequate exposure to gold and gold mining stocks to help hedge against potential inflation, currency devaluation and a collapse in equity prices.

More than half of the $3 trillion in rescue funds authorized by Congress has so far been distributed, and there are now reports that President Donald Trump is considering a $1 trillion infrastructure package.

Meanwhile, the Fed announced this week that it will begin buying individual corporate bonds on top of the corporate debt ETFs it’s already purchased. It has the ability to buy up to $750 billion worth of corporate credit through its Secondary Market Corporate Credit Facility (SMCCF).

Thanks to all this buying, the bank’s balance sheet has skyrocketed past $7 trillion, representing nearly a third of the entire U.S. economy. That’s up significantly from 6 percent of GDP in 2006 when Alan Greenspan vacated the Fed.

Combined with near-zero interest rates, these actions have prompted a tidal wave of corporate borrowing. In the first five months of 2020, U.S. firms have issued over $1.12 trillion in investment-grade debt. That’s more the total borrowing amount for all of 2019. And remember, this is only investment-grade. If we included lower-rated bonds, the figures would be even higher.

As a result, we may see an increase in the share of “zombie” firms, or those whose “debt servicing costs are higher than their profits but are kept alive by relentless borrowing,” according to a report by Axios. Currently at 18.9 percent, the rate could soon rise past 20 percent, or one in five U.S. companies.

Tortsen Sløk, chief economist at Deutsche Bank, addressed the inherent risks in zombie firms in a note to clients this week, writing that such companies “are less productive, and their existence lowers investment in and employment at more productive firms.”

For this reason and more, I would be extra cautious and make sure I conduct due diligence if I were thinking of investing in corporate bonds at this time.

Gold Royalty Companies: Up Sixfold Since 2007

Again, I would use this opportunity to make sure I had adequate exposure to gold and gold equities. As I’ve shared with you before, many investors who believe they have enough exposure to the yellow metal are actually underinvested. Most broad-based commodity indices tracked by mutual funds and ETFs have an underweight in gold producers, especially compared to oil producers.

Our preferred way to get exposure is with gold and precious metal royalty and streaming companies, which have historically had strong availability of capital, substantially higher margins than producers and organic growth opportunities with limited required capital. They’ve also provided investors with a highly diversified set of active mines.

We believe royalty companies, which had an impressive first quarter, feature a superior business model in the metals and mining industry.

That’s not to say you should avoid producers and explorers. Far from it. But if you’re going to put money in a mutual fund or ETF that invests in gold mining companies, I would make sure that it’s overweight royalty and streaming companies.

Interested in learning more? Email us at info@usfunds.comwith the subject line “Seeking info on royalty companies!”

The S&P/TSX Global Gold Sector Index is a modified cap-weighted index, whose equity weights are capped at 25%.

Holdings may change daily. Holdings are reported as of the most recent quarter-end. The following securities mentioned in the article were held by one or more accounts managed by U.S. Global Investors as of 3/31/2020: Franco-Nevada Corp., Wheaton Precious Metals Corp., Royal Gold Inc., Sandstorm Gold Ltd., Newmont Corp.