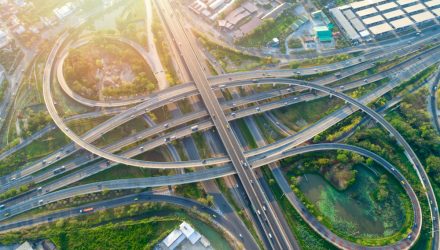 Election Day is just four months away and that has politicians making infrastructure promises. Whether those promises are made on is another matter, but the talk could be enough to benefit exchange traded funds such as the AGFiQ Global Infrastructure ETF (GLIF).

Democrats recently proposed the Invest in America Act, which calls for $494 billion in infrastructure spending.

“The bulk of our nation’s infrastructure – our roads, bridges, public transit and rail systems, the things that hundreds of millions of American families and businesses rely on every single day – is not only badly outdated, in many places it’s downright dangerous and holding our economy back,” said Rep. Peter DeFazio (D-OR).

“319bn would be spent on roads, including the repair of 47,000 structurally deficient bridges, th eeasing congestion and the reduction of carbon emissions,” according to Global Construction Review. “$105bn on mass transit, including new routes and more reliable services.”

“Yet for decades, Congress has repeatedly ignored the calls for an overhaul and instead simply poured money into short-term patches. The result? We’re still running our economy on an inefficient, 1950s-era system,” said DeFazio.