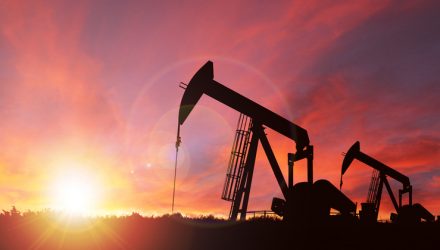 The NYSE Pickens Oil Response ETF will try to reflect the performance of the NYSE Pickens Oil Response Index, which tracks companies that are positively correlated with changes in the price of ICE Brent Crude Oil Futures, according to a prospectus sheet. The indexing methodology hopes to provide broader exposure to energy-intensive industries, compared to traditional “energy” indices. BOON is even getting a new ticker to reflects its clean energy status.

“The revamped ETF, which will trade as RENW, is based on an index of companies that derive ‘significant revenue’ from renewables or meet a large portion of their energy needs from renewable sources,” reports Bloomberg. “BP Capital isn’t totally giving up on petroleum — the firm will continue to offer a pipeline ETF, for example.”

As of July 29, BOON had $3.2 million in assets under management.

The decision to reconfigure BOON into a renewable energy ETF comes at a time when fossil fuel stocks are struggling and alternative energy names are soaring. In fact, some of this year’s best-performing non-leveraged ETFs are alternative energy funds. Renewables’ share of power generation is also increasing.

Bolstering the case for renewables are declining costs and plunging consumption of coal.

“BP Capital, a spinoff of Pickens’ shuttered hedge fund, launched the oil ETF just last year, offering investors exposure to companies that benefited from a rise in global crude prices. Brent oil futures are down about 15% in the last year while BP Capital’s ETF, which trades under the ticker BOON, is down almost 20%,” according to Bloomberg.