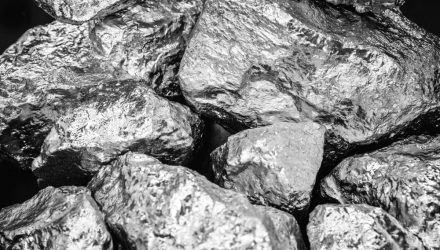 Palladium ETF Could Carry Its Momentum Into 2021

A palladium exchange traded fund is ending 2020 with a bang as the precious metal is set to post gains for a fifth consecutive year.

Meanwhile, the Aberdeen Standard Physical Platinum Shares ETF (NYSEArca: PPLT) dipped 0.5% but was still on pace to gain close to 11% for the year.

Economists and market analysts argue that a Biden administration will contribute to tighter environmental regulations and a focus on green energy technology, which may mean tighter regulation on car emissions and increased demand for palladium and platinum in catalytic converters.

“Regardless of the ease with which the new administration can pass climate-friendly legislation from next year, rejoining the Paris agreement will be a clear signal of intent and will likely be followed by moves to improve vehicle fuel efficiency and regulate other pollutants as well as promote green energy. This is likely to be generally favorable to PGMs in emissions control, coming at a time when the auto industry is in recovery phase and as the rest of the United States follow California’s lead in addressing regulated pollutants and lowering average vehicle CO2 emissions,” Jonathan Butler, precious metals analyst at Mitsubishi, said in a report last month.

Analysts at Metals Focus also argued that fundamentals are in palladium’s favor. The analysts projected the metal to see its 10th annual supply deficit next year.

“Even though global light-duty vehicle production will only return to its 2019 level by 2022, palladium autocatalyst offtake could touch a new all-time high in 2021,” analysts at Metals Focus said. “This reflects the metal’s dominance in the gasoline segment and the trend towards higher metal loadings in response to tightening emission standards.”