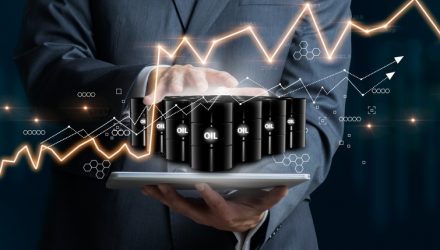 Oil prices dipped to their lowest level in two weeks as coronavirus lockdown measures in Shanghai extended to its fourth week. Orders for mass testing in Beijing’s biggest district added to concerns that China’s capital could also fall under restrictions, Reuters reports.

“Shanghai shows no signs of letting up its strict zero-COVID policy; instead vowing to step up the enforcement of COVID restrictions, which could hurt oil demand further,” City Index analyst Fiona Cincotta tells Reuters.

According to people with inside knowledge of China’s energy industry, China’s demand for gasoline, diesel, and aviation fuel in April is projected to decline by 20% year-over-year, Bloomberg reports. The drop is equivalent to about 1.2 million barrels a day.

“Demand worries are back in focus,” Vandana Hari, founder of Vanda Insights in Singapore, tells Bloomberg, citing China’s lockdowns and easing global economic growth. “Risk is skewed to the downside.”

Meanwhile, both WTI and Brent benchmarks were on pace for their lowest close since April 11 after trimming almost 5% last week. Since hitting their highest level since 2008 in early March, crude prices have plummeted by about 25%.

Some oil traders continue to be wary of potential supply issues as the European Union prepares so-called smart sanctions against Russian oil imports.

Further weighing on the energy markets, a stronger U.S. dollar, which hit a two-year high against a basket of foreign currencies, has made commodity prices much more expensive for other currency holders.