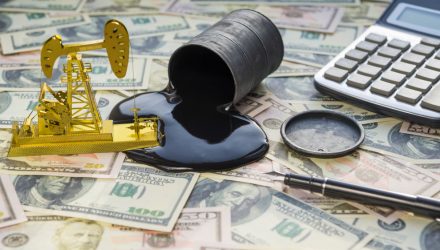 Crude oil prices and related exchange traded funds bounced on Friday but were still heading toward a weekly loss as traders weighed the possibility of further disruptions against hopes of alleviating the supply crunch.

Oil prices surged to their highest levels since 2008 earlier in the week as the Russia-Ukraine war and Western sanctions weighed on the Russian oil supply outlook. However, prices have since pulled back as countries pushed to fill in the blocked Russian oil.

U.S. president Joe Biden has upped the pressure on Russia and said that the G7 industrialized nations will revoke Russia’s “most favored nation” trade status, along with announcing a U.S. ban on Russian seafood, alcohol, and diamonds, Reuters reports. The U.S. has already banned Russian oil imports.

The markets suffered another round of supply concerns after talks over the Iran nuclear deal on Friday fell through in response to a last-minute Russian demand that forced a pause on the negotiations.

Over the immediate term, the shortfall from sanctions on Russian will not be easily filled by extra from the Organization of Petroleum Exporting Countries and its allies, or OPEC+, according to Commonwealth Bank analyst Vivek Dhar. Some OPEC+ producers, like Angola and Nigeria, have even struggled to meet their own production targets.

Meanwhile, global stocks of diesel and other middle distillates have dropped to their lowest seasonal levels since 2008, when shortages helped push oil prices up to their previous all-time record highs, Reuters reports.