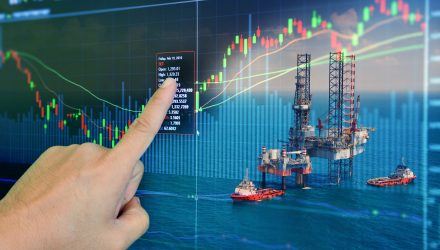 The energy market strengthened after the U.S. Labor Department revealed a better-than-expected increase in hiring over October while new Chinese manufacturing orders expanded at its quickest pace in over six years. Nevertheless, crude oil prices were still heading toward a weekly loss due to rising U.S. stockpiles and renewed fears over the U.S.-China trade deal.

“The turnaround today is attributed to job reports that came out and is triggering weekend recovery in the market,” Gene McGillian, senior analyst and broker at Tradition Energy Group, told Bloomberg.

Traders sold off oil this week on rising demand concerns after Chinese officials expressed doubt over the potential to reach a comprehensive long-term trade agreement with the U.S., despite the two sides getting closer to a phase one deal.

The prolonged trade conflict, along with ample oil supplies, has put pressure on the global energy market. The Organization of Petroleum Exporting Countries and its allies have been trying to reduce output further to prop up prices.

“Looking ahead, any price recovery faces an uphill struggle given the backdrop of rising supply and cooling demand,” PVM Oil Associates analyst Stephen Brennock said in a note.