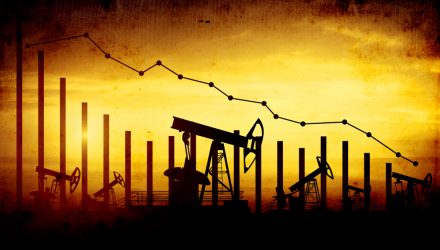 Crude oil prices and energy-related ETFs plunged on a deteriorating fundamental outlook on both the supply side and demand side.

The Organization of Petroleum Exporting Countries and key ally Russia failed to reach a deal to cut oil production in response to decreasing crude prices caused by the new coronavirus outbreak that threatens to disrupt the global economy, the Associated Press reports.

The 14 OPEC countries initially wanted to reduce output by 1.5 million barrels per day, or 1.5% of world production. OPEC countries led by Saudi Arabia and Iran argued they need non-member allies like Russia to take on 500,000 barrels of that cut. Russia, though, was loath to comply, and OPEC Secretary General Mohammed Barkindo of Nigeria revealed the meeting had been adjourned without an agreement.

“At the end of the day, there was the general painful decision of the joint conference to adjourn the meeting,” Barkindo said. “The numbers are clear: the demand destruction is real.”

The oil cartel and its allies have been trying to staunch the bleeding the crude oil market as the coronavirus outbreak threatens to impede the global economy. The contagion has already disrupted many businesses, caused industries to shut down and halted air travel. Consequently, the demand for fuel has declined.

“There is still too much uncertainty regarding the amount of demand destruction,” analysts at research firm Petromatrix said in a note.

Some economists have warned that the global economy may even shrink in the first quarter for the first time since the financial downturn, further diminishing the demand outlook for energy.