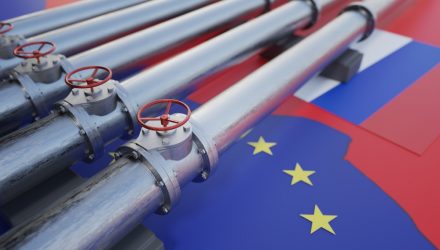 Traders are worried about tighter oil supplies ahead as the European Union considers new sanctions on Moscow in response to senseless civilian deaths in Ukraine. German Chancellor Olaf Scholz warned that Russian President Vladimir Putin and his supporters would “feel the consequences” of Bucha, outside the capital Kyiv, where a mass grave and tied bodies shot in the head at close range were discovered, Reuters reports. Scholz added that new sanctions against Moscow were coming in the days ahead.

France’s President Emmanuel Macron even went so far as to suggest sanctions on oil and coal, arguing that there were very “clear clues pointing to war crimes” by Russian forces.

Oil markets are already pricing in tightening supplies as Russia’s invasion of Ukraine and Western sanctions such as the U.S. ban on Russian oil ramp up supply concerns. The EU has so far allowed Russian oil imports, but many are speculating that this could be subject to change.

“As the U.S. and EU reduce purchases of Russian oil, it leaves China and India as the main customers that remain and many of the refineries in those countries might be reluctant to purchase Russian oil with the negative public relations associated,” Andrew Lipow, president of Lipow Oil Associates, told Reuters.