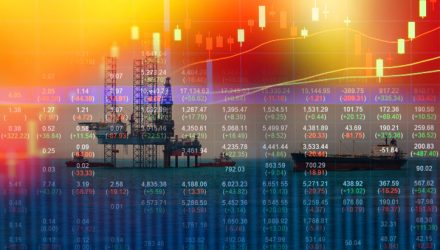 Oil ETFs Get a Lift on Positive Trade Talks

Recent bouts of geopolitical upheaval have sporadically lifted oil prices, but those aren’t catalysts investors can count on. This type of hyperbolic reaction has been infecting the market forever, most recently with the daily vacillations and heightened emotional content related to the U.S.-China trade war, where investors scramble to find the right market play based on hasty social media reactions.

“Saudi Arabia formally began an initial public offering on Sunday of a portion of Saudi Aramco after years of delays, with the de facto leader of the Organization of the Petroleum Exporting Countries hoping for a $2 trillion valuation for the oil-processing facility,” according to MarketWatch.

“Along with a better-than-expected jobs report from the U.S. on Friday, those factors have combined to help lift the hope that demand for crude oil will remain healthy, amid signs of slack in economic expansion outside of the U.S.,” notes MarketWatch.

The expected global supply glut is also the latest threat to the Organization of the Petroleum Exporting Countries and other producers, which have already enacted production caps in an attempt to stabilize prices and balance the market. Predictably, geopolitical headwinds factor into the oil equation. Fortunately, more supply cuts could be in the offing.

“Iran Oil Minister Zanganeh reportedly said he expects further production cuts to be agreed at the next OPEC meeting in December,” according to Seeking Alpha.