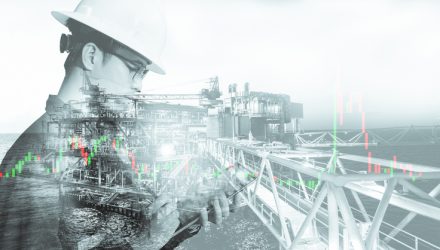 That meeting will be widely watched as it comes against the backdrop of slowing global economies and lower oil demand expectations. In July, the U.S. Energy Information Agency (EIA) cut its forecasts for 2019 world oil demand growth and U.S. crude production in light of the growing trade tensions between the world’s two largest economies that have crippled economic activity.

Iraq, the “second-largest crude producer in the 14-member organization is often labeled OPEC’s ‘problem child’ for chronically overproducing even as the group tries to curb output during a time of low oil price,” reports CNBC.

With major global economies teetering on the brink of recession, analysts expect oil demand to decline, putting pressure on prices. China is the world’s largest oil consumer and as such, oil prices can hinge upon how well its economy is performing.

It is widely expected OPEC will cut production soon to support prices, but the cuts need to be deep enough to bolster crude prices.

“In August, Baghdad reported its highest oil production on record at 4.6 million barrels per day (BPD), a volume that has increased steadily over the past few years despite nearly two decades of war and a bloody three-year battle to drive out the so-called Islamic State (IS),” reports CNBC.

Some market observers believe oil prices must decline to $10 and $20 per barrel in order to remain competitive in the ever-changing mobility sector. Oil prices have been racked by the market volatility due to fears of easing global demand due to the U.S.-China trade war