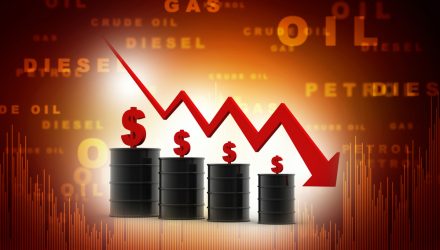 Oil ETFs Are Losing Steam on Uncertainty Over OPEC Cuts

Oil markets and related exchange traded funds are beginning to lose momentum on speculation that the Organization of Petroleum Exporting countries, along with its allies, may only extend current production cuts for one more month.

Crude oil prices were swinging between losses and gains Wednesday, with the price earlier topping $40 for the first time in three months, on the unclear supply outlook.

Prices slipped into the red mid-Wednesday on reports that Saudi Arabia and Russia had reached a preliminary deal to extend existing production cuts by only one month, according to the Wall Street Journal.

Additionally, Bloomberg News reported that there was still no agreement on when OPEC and its partners might hold talks, further adding to the uncertainty over how the cartel will react ahead.

Oil had previously rallied on expectations that producers led by Saudi Arabia and Russia would extend the supply curbs, which amounted to 9.7 million barrels a day, or around 10% of global production, in May and June.

“The performance of OPEC+ has been brilliant,” with the group and its allies abiding by production quotas more strictly than under previous agreements, Rystad Energy analyst Paola Rodríguez-Masiu, told the WSJ.

Chris Midgley, director of analytics for S&P Global Platts, argued that the sharp rebound in the oil market is an incentive for traders to take oil out of storage and sell.

“It’s feeling a little bit too strong and that there could be a correction,” Midgley told the WSJ, adding that the higher prices are already encouraging some smaller North American oil-and-gas companies to turn back on previously shut down oil wells.