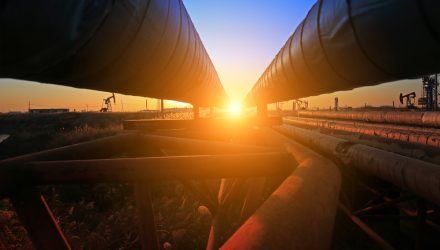 Not Much But Heartache With Natural Gas ETFs

The United States Natural Gas Fund (NYSEArca: UNG) plunged 7.51% on Thursday as natural gas prices were decked by larger-than-expected inventories data, adding another chapter of woe to what has been a rough year in the energy patch.

Natural gas has gained popularity as a cleaner alternative to dirty coal plants, but the commodity has still drawn criticism from environmentalists, especially with more investors shifting away from fossil fuels.

“Natural gas prices are in free-fall following a bearish report on inventories on Thursday, with futures poised to close at their lowest levels since 1995,” reports Avi Salzman for Barron’s. “Natural gas futures were down 7.8% in midday trading, to $1.47 per million British thermal units. The last time natural gas closed below $1.50 was in August 1995, when it settled at $1.47. The lowest-ever price for natural gas is $1.05, which it hit in 1992.”

After several years of strong demand, the industry has invested heavily in liquefied natural gas, especially in the U.S. where gas has been shipped to Asian markets. A record $65 billion fo capital spending was injected into LNG liquefaction facilities in 2019.

However, gas used in power generation will take a severe blow this year, suffering half of the total decline in demand. The gas-fired generation will especially fall hard in Europe due to lower electricity demand coupled with the growing use of renewables.

“The Energy Information Administration reported that the U.S. added 120 billion cubic feet of gas into storage in the most recent week. S&P Global Platts had projected a 107 billion cubic foot increase,” according to Barron’s. “Inventories are now just over 3 trillion cubic feet, which is 739 billion cubic feet above a year ago. There has been a supply glut of natural gas for the last few years as increased oil drilling in the U.S. has produced associated natural gas alongside liquids. In some areas, there is so much gas that producers have burned it off rather than even trying to sell it.”