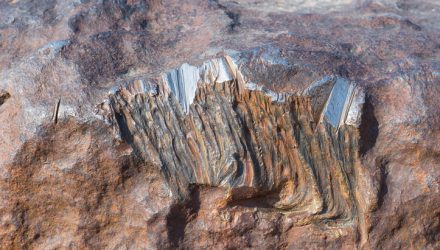 Nickel prices and related exchange traded note climbed Friday after Indonesia’s government plans to ban exports of nickel ore earlier than markets expected, fueling concerns of a supply shortage for the base metal.

While most metal markets came under pressure from the extended U.S.-China trade war and fears of a global manufacturing slowdown that would diminish demand for raw materials, nickel prices have now surged in 2019 and touched highest in almost five years.

“This is a game changer for the market,” Wenyu Yao, metals strategist at Dutch bank ING, told the WSJ.

Indonesia is trying to take greater control of a highly valued raw material in the global market and wants to become Asia’s main producer of electric vehicles, which are powered by lithium-ion batteries that require nickel.

“It’s a form of resource nationalism by Indonesia,” Casper Burgering, senior industrial-metal economist at ABN Amro, told the WSJ. “They want to capitalize on the robust fundamentals of nickel and from the sales of electric vehicles.”

The southeast Asian country is the world’s biggest supplier of nickel ore. The markets have for several months speculated whether the ban, which was previously expected to come in 2022, would be brought forward. Consequently, the sudden ban caught many by surprise. Looking ahead, analysts project the ban would almost certainly push the global market in refined nickel to a deficit.

“All in all, 100,000 tons of refined nickel output will be lost, which will leave the market in a meaningful deficit,” Timothy Wood-Dow, an analyst at BMO Capital Markets, told the WSJ.

Further adding to the dearth of global nickel supply, a recent waste spill at a nickel plant in Papua New Guinea contributed to concerns that the facility, which churns out 32,500 tons of nickel a year, could be shuttered.

Additionally, the long-term drive for clean energy has contributed to greater global demand for electric vehicles.

“It’s not just Indonesia,” Yao added. “All things are coming together to push nickel higher, not just fundamentally but also technically.”