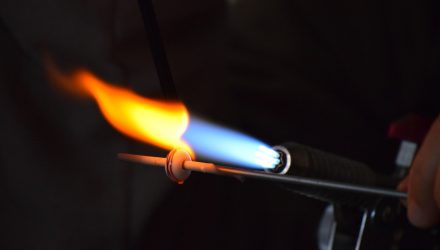 A natural gas-related ETF was leading the charge on Thursday as a shift in climate patterns points to chilly weather in January, potentially lifting demand for heating ahead.

According to Bespoke Weather Services, the latest model guidance maintained a similar demand outlook for the next two weeks, but it revealed colder weather in the following 11- to 15-day period, Natural Gas Intelligence reports.

This colder shift was “a little surprising given a continued tendency” in the pattern toward both a positive Eastern Pacific Oscillation (EPO) and a positive North Atlantic Oscillation (NAO), according to Bespoke. “This gives us some pause, as this suggests that either the projected 11- to 15 day cold weakens again as it rolls into the six- to 10-day, or the cold shot is real but just a narrow colder window in the sea of a warmer pattern type.”

“For now, we did adjust the forecaster colder starting on Jan. 5 but did not move as cold as the current model consensus, as we want to see progression forward, or see a more pronounced change in the EPO/NAO configuration that would be more supportive for a material colder turn,” Bespoke added.

Maxar’s Weather Desk also warned of changes toward colder weather in its latest forecast for the January 5-9 outlook.

The colder trends came “in response to model trends in the south displacement of the tropospheric polar vortex,” Maxar said. The large-scale pattern “includes the establishment of colder source in Canada, and a round of belows breaking away into the East at mid-period.”

This winter season has been marked by uncharacteristically warmer than expected weather, which has weighed on heating demand and pressured natural gas prices in a period of rising supply.