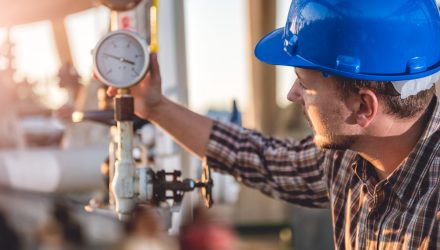 Natural gas prices and related ETFs surged Friday on rising expectations for increased electricity demand to combat the hot weather through then end of August.

“Gas prices are moving higher … as a new surge of buying momentum enters an unsuspecting market,” Daniel Myers, market analyst at Gelber & Associates, told Reuters, adding that “there is widespread consensus that warmer than normal temperatures will extend the summer into (September).”

For instance, power usage in Texas is anticipated to hit a record high on Friday and next-day electric prices in the West jumped to their highest in years due to a heat wave that has gripped much of the western half of the country.

Natural gas prices have jumped 30% so far this month, which has also helped make U.S. liquefied natural gas or LNG exports profitable again. U.S. LNG exports were on pace to rise in August for the first time in six months.

With LNG exports increasing again and the weather expected to stay hot through the end of August, Refinitiv expected U.S. demand, including exports, to rise from an average of 89.7 billion cubic feet per day this week to 90.1 bcfd next week.

Furthermore, U.S. energy firms reduced the number of oil and natural gas rigs operating to a record low for a 15th week, even as higher oil prices enticed some producers to start drilling again, according to Reuters. The U.S. oil and gas rig count slipped by three to an all-time low of 244 for the week ending August 14.