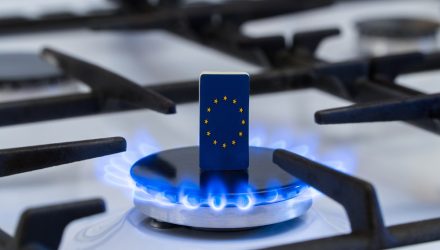 As Western countries cut ties with Russia in response to Moscow’s decision to invade Ukraine, Europe could turn to U.S. liquefied natural gas to help fill the gap left by Russian energy. President Joe Biden will visit with European Union leaders this week, and the U.S. could begin talks to support Europe’s attempts to wean itself off Russian energy supplies, aiming to ship 50 billion cubic meters of LNG to Europe annually through at least 2030, the Wall Street Journal reports.

“Eliminating Russian gas will have costs for Europe,” Biden said on Friday. “But it’s not only the right thing to do from a moral standpoint, it’s going to put us on a much stronger strategic footing.”

The EU has previously imported a record 22 billion cubic meters of LNG from the U.S. in 2021. While the U.S. is raising its LNG commitments, the exports would only make up about a third of the gas the EU received from Russia. European countries are already making plans to tighten their belts, sign new contracts with other exporters, or shift toward other energy sources.

“We are exporting right now every molecule that has a terminal available to liquefy it,” U.S. Energy Secretary Jennifer Granholm said. “Because of the price, there is a desire to liquefy it and send it.”

While Western countries are aiming to diminish Russia’s influence on Europe’s energy markets, the gap in natural gas will be harder to fill compared to crude oil and coal due to the difficulty in shipping natural gas, which is needed to be cooled into liquid form and then re-gasified at special facilities.

“Everybody asks what can you do in the short run to get more volume into Europe, and the only answer is to run our facilities as well and as reliably as possible,” Anatol Feygin, chief commercial officer at Cheniere Energy Inc., told the WSJ. “There’s no silver bullet that makes an additional [LNG] train appear.”